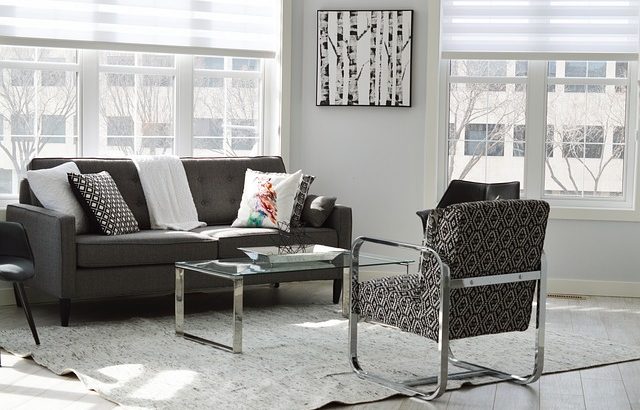 I had the most glorious day out a while back – catching up with some old colleagues, we decided to meet up at a mid point.  I’d no been to this particular emporium before but it’s one that almost everyone seemed to have heard of.  What appears to be a busy family farm shop and giftwarehas greatly expanded into a truly phenomenal homeware, antique and furnishing enterprise.  There is the original barn housing the most incredible displays of vgetables, almost all from the farm with exceptions that can’t grow here.  Then further along is the bakery department with an amazing selection of breads, pastries and cakes of every shape, size and flavour.  I’d been there an hour before reaching the antique department.  It was huge, with a wonderful vintage section upstairs, with clothes, smaller furniture and ’50s toys and memorabilia.  Fortunately most of these inspiring outlets have reached the 21st century and have an online presence which allows us to wallow in our delight and order when it suits! 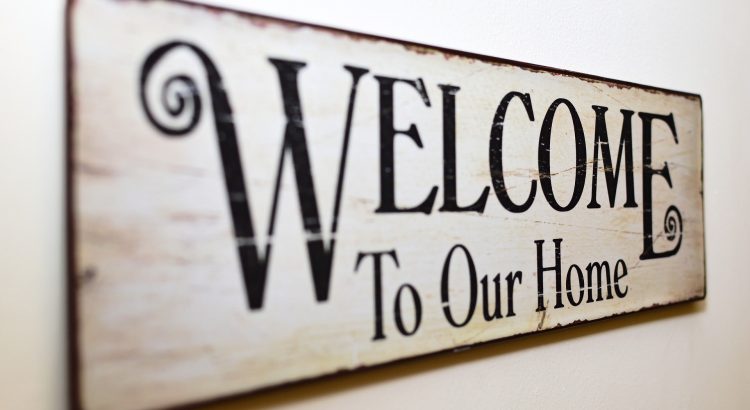 I was staying in a remote village some forty kilometres above a lovely mediterranean town recently.    When I first visited, these shy folk would keep to their little village dwellings and come out to their verandah to look over the English tourists and sometimes we might exchange the nearest to a civil ‘hello’.  I’ve got to know the locals gradually over many years of staying with the same family.   Watching them improve their lot, turning something not unlike a cattle shed into a full blown 4 bedroomed mansion has been fascinating.  Out goes the basic sink plus the rotten old draining board and mismatched cupboards – often made up of fruit picking crates, left over from a havest many moons ago.   In come sleek ceramic or steel sinks, fully runing water . . .  The antique water pumps in the yard, fed by spring water or wells and under which everyone used to wash themselves have long since ceased to be needed and if not sold to budding antique dealers, are sold on as reclaims.  Changes  are sad but necessary to keep up with modern needs.

I for one have really missed the opportunity of visiting heritage houses since the global pandemic has caused absolute restrictions on all gatherings and visits.    It must have been very hard to manage some of the large estates, with no income to offset the pay of the gardening and housekeeping teams.    Having been a volunteer room guide at a heritage house for several seasons, I really appreciate some of the issues that arise throughout the year and how much effort goes in to keeping the antiques and pictures in place without damage.   With very ancient wooden furniture for example, it is critical to keep the sunlight off each item – it has a serious drying effect that makes the patina fade and gradually crack through dryness.  Previous generations would not have known this so may not have always cared for their furniture in the same way we do now.  In the ‘close’ season, all major items are covered with dust cloths and huge sheets and on a rota are cleaned and the wood fed to protect every piece. 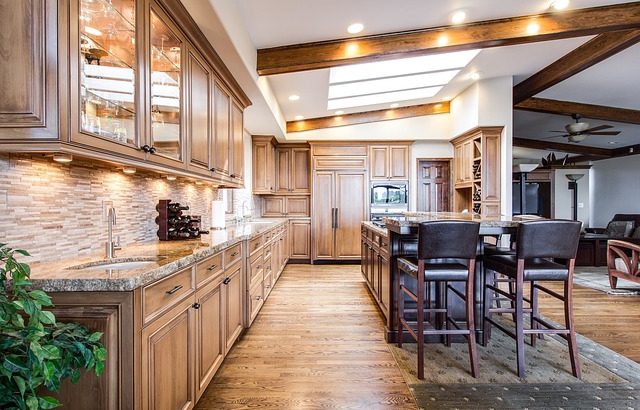 One of the things I’m really missing a great deal just at the moment is the ability to follow my heart and visit my heritage and historic houses.  Oh how I miss the chance to savour the beautiful surroundings – those parkland entrances, driving through tree lined avenues to get to the main house or castle.  I truly adore the smell of antique places.  Especially if they’re filled with luscious old furniture and effects.  That smell of old antique wood is unmistakeable!  This is not a concern for many families, especially if they’re suffering budgetary melt down due to being furloughed or even putshed out on the dole.  The historic and heritage industry are also suffering massively too – they can’t open houses and so that stram of revenue has gone but worse still, their catering facilities are lying idle – no income from the tea rooms or wedding venues.

Of course, I can always look at tv lifestyle programme and hope that something connected with antiques or historic houses comes up, and I can research favourite styles and periods on the internet.  I can even buy articles – so I need not panic about my shortage of cultural delights!

It’s truly funny old world . . . .  In my youth we had the start of families breaking away from the very austere world war two restrictions on manufacturing and supply of all unnecessary furniture and effects.  Generally there was a drab selection of brown and dark green moquette covered very solid and heavy three piece suites.  Then in the  late ’60s into the ’70s came the explosion of flower power and a whole army of vibrant young designers took centre stage united in dragging the country and world beyond into a sparkling new world of outrageous colours and extraordinary furniture designs.  I clearly recall the start of the modern plastic ‘leather look’ revolution with low bench style sofas, very cube shaped with small squat armchairs.  They looked great, with modern shiny chrome legs and feet but completely industrial looking.  They were also the most uncomfortable things to sit on and in hot weather you’d find yourself jumping in agony with burnt skin . . . and in winter they were too cold to go near.  But they were new and modern!  Today we have a fantastic choice of design, colour, functionality and much thought has gone into making furniture more ergonomically practical.  Many independant designers are just a mouse click away . . . .

Seeing old or shabby chic signs up outside country stores or garden centres reminds me very much of a trip I made to the US.  I was on holiday and visiting family and as they were fitting me in around their normal day jobs etc. I had plenty of time to explore around and about.   One of the best places I touched on was the heritage museum – best meaning in terms of there not being a great deal of heritage from an Englishman’s point of view but 1823 was of very great age to the average family over there.   The museum was selling copies of their wares – especially the trail blazer family histories and miniature versions of the very basic furniture and home making equipment.   It was really facinating to watch the pride with which students displayed their knowledge of the part of history they were custodian of that day and were truly pleased to demonstrate how various artefacts worked.  This was indeed an improvement on some of our museums and heritage houses where you can only file around each room keeping well behind the rope separating you from the interesting stuff.   My trip did remind me of the wonderful antiques we have back here and the fantastic online outlets for sourcing them.

It’s well over a century since the greatest peacetime maritime disaster the world has ever experienced.  Titanic . . . it’s a name known the world over.  One ship – at the time of design and build,  the most advanced, biggest, hopefully most profitable etc.  The fascination with the tragic events of 14/15 April 2012 never quite goes away and I watched a series only recently that outlined as much information as has ever been found.  The episodes detailing the sumptuous features of the decor and fitments in the first class accommodation was truly mind boggling.  The beautiful furniture in the lounges and stairways with stained glass panels.  The ballroom was huge and opulent.  What also caught my eye was the incredible amount of dinnerware – looked like a well known maker had supplied the entire lot.  There were tables and chairs that would be antique now and we were introduced to a chap who had built his own version of the ship’s first class quarters – in a large outhouse at home.  All the items he selected from an online site specialising in that era of decor and antique furniture.

I was down in the west country a weekend or so ago – visiting a fantastic garden and home centre.  My goodness it was diverse in the goods displayed and sold there.    I have to say I have never been in such a beautifully laid out and decorated store – there were ‘rooms’ everywhere for cookware, bathroom products, an art gallery with real pictures and an amazing pre Christmas chocolate hall.  There were many many other themes, current products, not just antiques too and it took three hours or more just to wander round the main part.  The food hall was incredible – everything was laid out on beautiful antique furniture.  All the books on display were arranged on the right sized book cases and these stood near dressers that held the crockery being sold.  Everything was immaculately designed with really fabulous antique chests, dressers, tables and chairs and all of these items were on sale too.  The prices didn’t seem too alarming and it was incredible to think you  could actually furnish your entire house from the amply proportioned set ups.  I saw a terrific bedroom sized chair which I so wanted, but there were many crowding around  so that sale was not going to be mine!

I took my aged aunt out for lunch the other week.  We do go fairly often, now that she is well over 90, her pool of pals is diminishing weekly.  I however am not and we tootle off to pubs in nearby villages.   The thing that struck us both on our last such jaunt, was the similarity between all the pubs by way of decor and furnishing.  They are owned and run by different groups, some breweries, others holding companies and one or two privateers.   There must be a company out there specifically aiming at all the pubs in the country, they’re very much smarter than days of yore – to reflect the more affluent circle of customers that now queue patiently for a table.   They all seem to dispense with carpet –  a good thing – replacing with sturdy oak effect wooden floors.   The furniture,  tables from the smart oak fining to tough farmhouse, with wooden chairs.  The recent phase of putting as many mismatched chairs together in one room as possible is now passing and one pub did have all very smart matching sets of 4 or 6 round each table.  The woodwork or gloss paintwork around the pubs all tends to be that smart pale beige/grey to allow curtains and furnishings from the same colour palette reflecting a country air – images of hares, deer, foxes etc.  A case of bringing the much loved village pub in nearer the punters with the money!

It’s fun watching those programmes that come under the heading ‘livestyle’, there’s even a channel specifically for this genre.   One of the more bizarre is about making a fist of money for nothing . . . .  Yes, it does sound too good, and it is.  The hostess is a bright young thing with an extremely plumby voice who visits tidy tips, looking for people turning up with interesting car loads of junk such as sturdy old dressers, chairs, filing cabinets etc.  She has permission (for the programme only) to intevene and drag items of interest from their grasp.   She then decides who, in her list of artisan friends will be best to turn the beast into something modern and saleable.  They’re usually very odd folk anyway and the end results are often awful.  The idea is for the hostess to pay an agreed fee to the artisan for their work – she then sells to anyone she can persuade to part with cash – often little boutique hotels and country house spas.  So the original owner gets the profit.  Sometimes they get a few hundred but very often, although the object does sell for huge sums, the artisan costs are also massive, so the profit is much less.  But still better than a poke in the eye for the original owner, who after all, was going to ditch the item in the first place!